We collaborate with some of NZ’s most respected designers

Main Design Guy and Founder of Fletcher Design, Fletcher Vaughan, is self-taught gaining his skills, and strong design perspective, by practice and observation. Vaughan established his NZ studio in 1999 and very quickly became recognised for his distinctive design style.

Vaughan follows no rule-book yet he is a leader and expert in his field. The fusion of innovative sculptural elements with function and practicality is omnipresent throughout his design offering.  Instinctive vision and transformative thinking has allowed Vaughan to work with a raft of iconic businesses and their professional environments throughout NZ and globally since 2012.

Jamie McLellan is Head of Design for Allbirds in San Francisco, where he’s been responsible for building the brand’s design ethos and product language.

The early part of Jamie’s design career was spent working in Italy, Hong Kong and Hawaii, before eventually ending up in London working closely with internationally acclaimed designer Tom Dixon.

Jamie then returned home to set up his own product and furniture design consultancy based in Auckland, New Zealand. His clients included established global brands such as Cathay Pacific, Neil Pryde and Tom Dixon, along with innovative start-ups like Bodha, Resident, and Allbirds, which he ultimately joined as the brand’s first Head of Design.  Jamie has collaborated with Fletcher Design since 2008.

The objects Jamie has designed are wide ranging – from lighting to luxury water craft, olympic bicycles to beer taps, furniture to woollen footwear. Often celebrating the engineering within, these designs can all be described as minimal with a singular maximal twist, or in Jamie’s words “just the right amount of nothing”.

After 3 years designing award winning refrigeration appliances and honing his craft. His ambition quickly took him to London, England, where he became the senior designer for design impresario Tom Dixon on an array of projects for Dixon’s own brand as well as notable European clients including Habitat U.K., Swarovski, Moroso, de Vechi, Salviati and Myla.

In 2002 Lance was approached by design powerhouse Baron & Baron and relocated to New York where he worked on projects for the fashion elite. Including Prada, Viktor and Rolf, Giorgio Armani, Calvin Klein, Flos, Alessi and Burberry.

After his departure in 2005, Lance held the position of executive director of industrial design for M.A.C cosmetics. And in 2007, McGregor went on to become the senior designer at West Elm, where he designed the iconic Martini side table.

Jeremy Evison is a designer based in Tamaki Makaurau / Auckland, New Zealand. Graduating from Massey University in Wellington with First Class Honours in Industrial Design, Jeremy has considerable experience in product design and development throughout New Zealand. In 2018 Evison launched his own range of furniture, hardware and functional objects to much acclaim.

With an aesthetic that favours essentialism and simplicity over short-lived trends, Evison’s future-classic work is a welcome addition to the Fletcher Design collection. 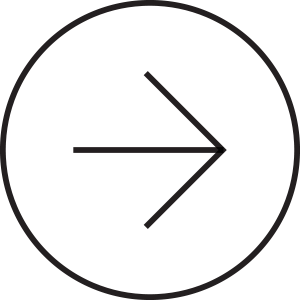